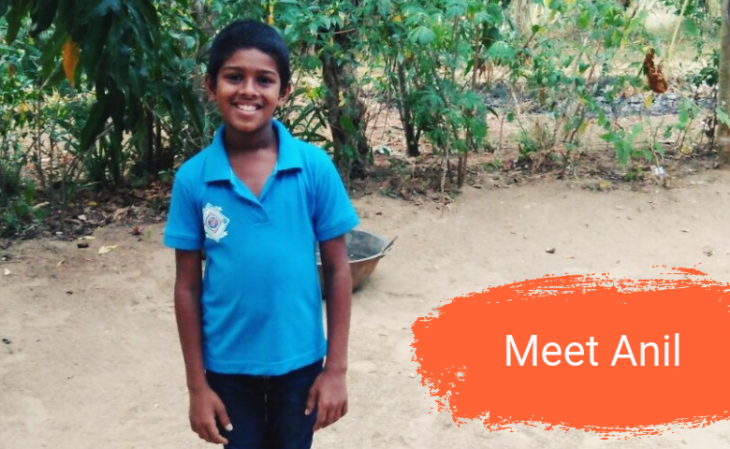 Anil lives with his mother and father in one of the most underprivileged areas of south eastern Sri Lanka. His father suffers from a non-spread disease, which caused Anil to behave in strange ways and neglect his schoolwork.

When Anil joined one of Wijaya Development Foundation's English classes, he initially showed signs of poor performance and compared to the other students would behave strangely in class. He also gave excuses for not doing his homework.

One day, one of his teachers unexpectedly ran into his older sister, who happens to be a University student. She divulged about hers and her brother's family life. Anil's teacher encouraged her to help her brother to improve at school, as she was well educated.

By the next week, Anil had changed for the better. He started to do is homework and started to behave well in class! Through Hope for Children's programmes, Anil discovered that he has the potential to achieve higher levels of education.

Want to help create the next story of hope? Donate now!