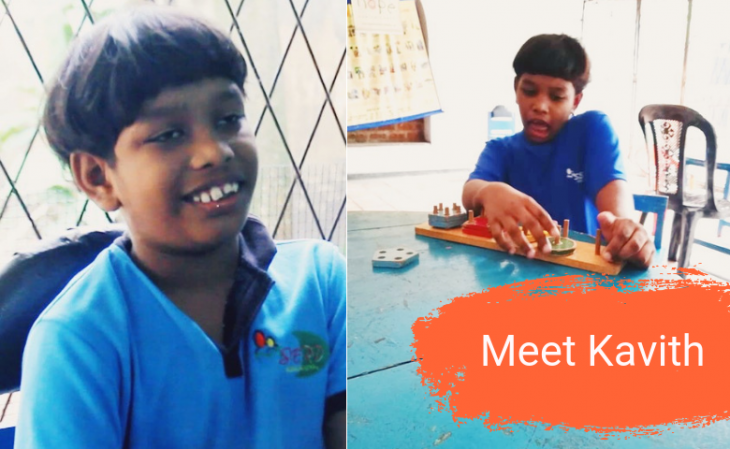 Kavith is a 9 year old boy who lives in the suburbs of Kadawatha located in the South Sri Lanka. His father is a small scale businessman and his mother is a teacher. Kavith needed extra support with speech therapy as suffers from catalepsy. He was admitted into SERD, who support children with such difficulties.

Before SERD Kavith couldn't say a single word. His mother finally enrolled him after learning about SERD through her son's hospital. After consulting with the staff members there she decided to enroll him in July of 2012.

Kavith is a super active child and due to his catalepsy can experience an episode up to 20 times a day. His mother thankfully earns enough to be able to support the family and allow for Kavith to have extra help with his education.

Kavith underwent speech therapy, speaking and social exercises and can now do things like sit on a chair, eat by himself, and play with building blocks! He can now even pronounce a few words and has stopped throwing tantrums as a result. Thanks to Hope for Children, Kavith is now leading a much happier life!

Ready to create the next Story of Hope? Donate Now!