A Story of Hope – Meet Prossy 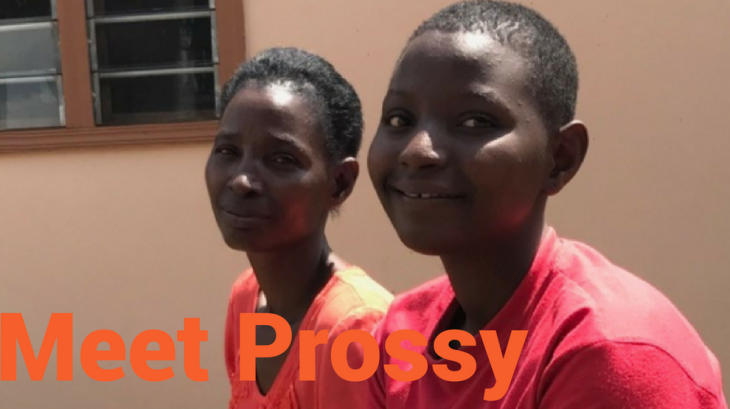 Prossy is a quiet, loving and studious 18 year old girl from Uganda. She used to live in in central Kampala with her mother, Christine, her father, and her 3 siblings.

But unexpectedly when Prossy was 14, her father was diagnosed with HIV+, and sadly passed away soon after, leaving the family struggling to survive, without any regular income. Christine had no choice but to move to an urban slum called Namuwongo to find a job. Unable to go to school, Prossy had to move back to the village she grew up in, 40 miles away, a devastating blow for mother and daughter.

In the city, Christine continued to face problems of poverty, economic stability and food deprivation. She became dependent on left-over food, donated by a bar she worked at, to feed herself and her children, as she was unable to support her family on the low wages she received.

Luckily, Christine and Prossy were introduced to our Walk to School Programme by our social worker, Violet.

Since then, Prossy has been attending school for over 5 years.  Most importantly, mother and daughter have reunited & they now live together again. Prossy recently said to her mum, “I will try my best so in the future I can support you”.

As well as her full-time schooling, Prossy also receives the school equipment she requires, such as her shoes, exercise books and much more. During the summer holidays, she takes part in activities to keep her engaged with her education & is part of the Junior Achievers programme. She is also a regular in the library that was built in 2016 and loves to get involved with dance and drama activities.

This year, Prossy became a Child Mentor, encouraging and supporting other children in similar situations to her to continue their studies.

Now that she is back at school and living with her mum, Prossy is feeling very positive about her future, and says that she would like to become a TV reporter, reading the news, and ensuring that she can “see that my family is OK”.