A Story of Hope - Meet Allan 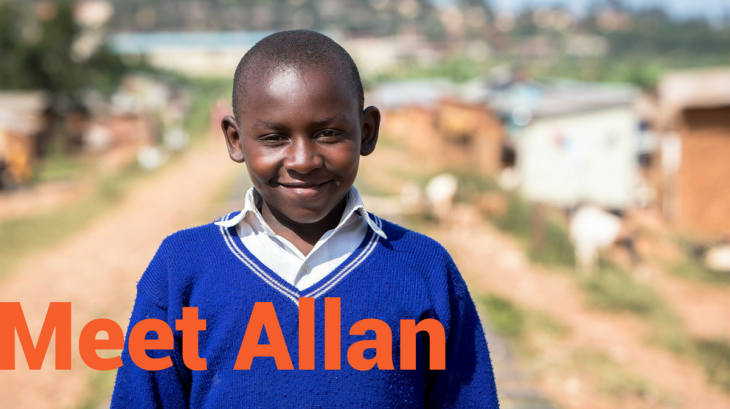 Allan is a 13 year old boy from the slum of Namuwongo, Uganda. He has a set of younger twin siblings who live with his parents, and used to have older brothers and sisters but does not know where they live anymore. Allan doesn’t live with his parents anymore so stays with friends in the slum wherever he can.

As well as living away from his parents, Allan would spend all day picking litter on rubbish tips in the slum., Anything he could find – plastic, metal, even food waste – he would collect and sell to earn even the smallest amount of money to survive. This is an all too common reality for so many children in Namuwongo, where there are an estimated 9,000 children living in extreme poverty on less than $1.25/day.

Going through this same routine every day from when he was 6 had a big impact on Allan’s confidence and self-esteem. He felt his life would never become something.

If he continued down that same path, it is almost inevitable that he would have ended up involved with slum gangs, crime or even worse.

Thankfully, our local team in Uganda heard about Allan and reached out to offer support. He enrolled on our Walk to School programme, and has never looked back since. His uniform is now his most prized possession, and gets most excited about learning English, which he is particularly good at.

As well as his academic studies, Allan has also joined the school football team, which has given him great joy. Even the most simple act like this has brought such joy into this little boy’s life that simply didn’t exist before.

Now, he dreams of becoming an international football star to put his community on the map!