A Story of Hope- Meet Grace 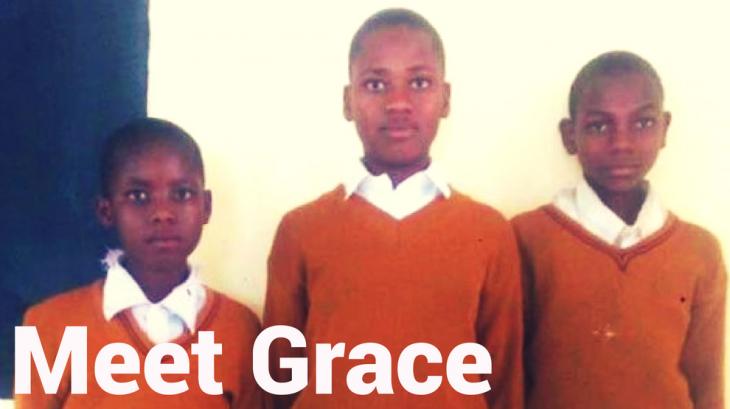 Rescued from the streets of Arusha in Tanzania, 13-year-old Grace is thriving at home with her family.

Grace had not been in school for several years as her parents could not afford her primary school education. She was needed by her family as a source of income but after years of physical parental abuse inflicted upon her and her siblings, she ran away. A year later, a street educator who works for our local partner found Grace, who was living and working on the streets as a fruit seller. Due to her history, she deeply mistrusted adults, but after meeting with our worker multiple times, she directed them to her sister Leah who was also working on the streets.

10-year old Leah was not attending school either. She stayed at home during the day, looking after her younger siblings and the house. At night, she scoured the streets for empty bottles to sell for recycling, under the fear of being beaten by the police. She made a meagre income transporting her many, heavy collections to a local recycling company.

Upon finding Leah the workers visited her home, a mud shack in one of the poorest parts of the city. They found that the girls’ parents and younger 8-year-old sister, Daisy, also spent their nights collecting plastic bottles.

After realising how severe the family situation was, an intensive intervention plan was set up. Leah and Daisy were re-enrolled in school and their mother in basic vocational training - she is now training to become a tailor. They were linked to the local church who started providing them with economic support to ensure access to food and allow them to make improvements to their house. Our local partner provided uniforms and school materials.

But what about Grace? She was reluctant to leave the streets as she had an income selling fruits and did not believe life at home would be better for her. She had developed drug addictions and was therefore more uncooperative. Over a course of three months, our street educator built a relationship of trust with her, never giving up hope that she would leave the streets and join her family. Eventually, she agreed to come to the drop-in shelter and started using the night shelter for sleep. After two weeks of using the shelters and receiving counselling, Grace decided she wanted to return home.

Grace was reunified with her parents and sisters and has been enrolled in a local apprenticeship. Both Grace and her sisters are now healthy, cared for, and doing well at home.