A Story of Hope - Meet Kobe 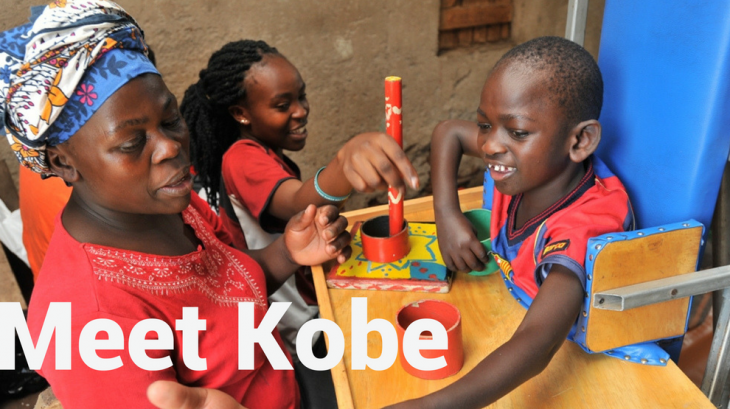 Kobe is seven years old and lives with his mother, Faith and his brother, John in Kenya. He loves football, music, reading and doing spelling exercises.

His favourite dishes are matoke (mashed cooking bananas) and ugali (white maize). Kobe lives with cerebral palsy, a condition that affects his basic movements including walking, and also struggles with speech.

At 6 months, his parents realised that Kobe was different and was not reaching the expected development milestones for his age. He was diagnosed with cerebral palsy and after months of expensive therapy, he was still struggling with basic movements.

At this stage, his father, realising that this was a lifelong condition that would have no sort term cure, left the family. Faith was forced to quit her job to take care of Kobe full time.

When Kobe was 3, Faith came across a Hope for Children-supported group that offered the family lessons from trained professionals on how to deal with Kobe’s condition.

Most importantly, Kobe was provided with speech therapy which enabled him to communicate with others through his face and eyes, as he still struggled with speech. Faith was taught how to position Kobe in order to improve his muscle function. Kobe quickly began responding well to the treatment.

Faith’s ambition did not stop there. She hoped to enroll Kobe in school, and was helped by Hope for Children and our local partner who provided training to the teachers to cope with Kobe’s condition at nursery. Kobe loves school and has made a lot of friends there.

After completing nursery in 2016, Kobe has continued his education at a normal school with his peers. He loves computers and wants to become an IT specialist when he grows up.