A Story of Hope - Meet Samson 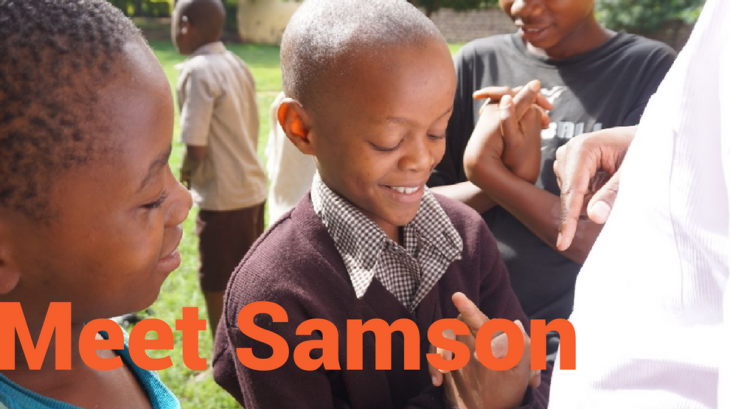 Samson is a friendly 11 year old little boy from Tanzania. For most of his childhood, Samson lived with his parents and little sister, Winnie, in Namanga in the north.

He often played around at his friends’ home in the township. One day he noticed a small amount of money lying around – less than the equivalent of a couple of pounds – and without thinking, took it.

As many children would do in the same situation, he denied his actions to his mum when questioned. Eventually, he became so regretful, anxious and scared about his mistake and the repercussions, he couldn’t face his family anymore and ran away.

He used the money he had taken to travel almost 70 miles to Arusha, the main city in the region. Without a plan or anyone for help, he ended up living on the streets for 2 months; cold, hungry, and regularly beaten.

Meanwhile his parents were distraught but due to the lack of infrastructure to help locate him, they were left helpless with no way to find Samson.

After 2 months of fending for himself, one of our local partner social workers found Samson who suggested he come and visit our Drop-In Centre for street children in the city where he was given food, clothes and shelter. Initially, Samson was so nervous and wary of people following his difficult time on the streets, he didn’t reveal the true reason why he was on the streets. It was only when we learnt through word of mouth that his aunt lived not far away, and informed us of how he had ended up on the streets, did the truth come to light.

So followed a lengthy process of tracking down his parents, who were overjoyed when finally reunited with their son, who they thought had been lost forever.

Samson could have easily ended up living on the streets for the rest of his childhood, scraping by and suffering every day. Only because of our Drop-In Centre and our incredible partner social workers is Samson now reunited with his family and is even now attending school for the first time.