A Story of Hope - Meet Wilson 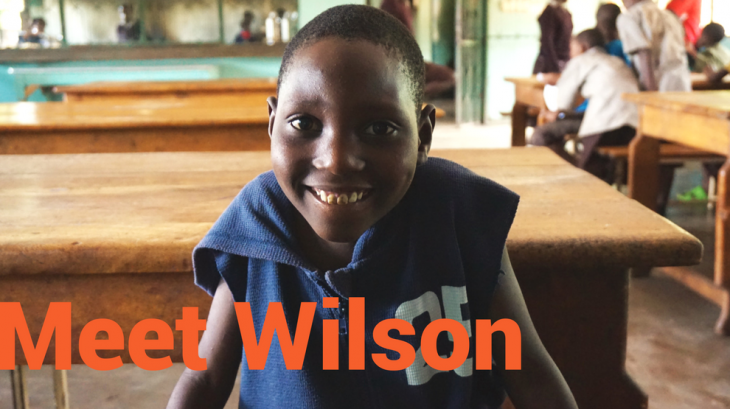 Wilson is a brave, caring eleven year old boy who, despite facing great adversity in his life, believes that he will create a future for himself one day.

He used to live with his parents, younger sisters and little brother almost 250km away from one of the main towns in northern Tanzania, Arusha.

Although his little brother went to nursery, as the eldest sibling, Wilson spent half of the week on the streets begging because his family didn’t earn enough to support each other.

He was enrolled in primary school and doing well, but the more time he spent on the streets trying to support his family, the less he spent learning at school.

Eventually he found himself begging full-time on the streets in the hope of getting more money for his family. It was an extremely dangerous life, begging at restaurants just to find enough food to eat and would regularly be exposed to violence by older, stronger street children. He would walk for miles in the day, and sleep outside in the rain at night.

Just as he started to think he was destined for a life on the streets, an older “brother” who took sympathy on Wilson suggested he go to a Hope for Children-supported drop-in centre. There he was fed, washed his clothes for the first time since he had become a full time street child, and had a safe place to sleep at the night shelter.

Eventually, after local social workers had built up trust with Wilson, he decided to stay. Since then, Wilson has started studying again and dreams of completing his education so that he can make something of his life, and go back to support his family.